What is the Big Five Personality Test? Origins, Practicality, Pros/Cons What is the Big Five Personality Test?

The Big Five Personality Test is a survey that one answers to determine how they score on the Big Five Personality Traits. The framework for personality traits was derived from the lexical hypothesis and first created by Lewis Goldberg in 1963. The idea suggests that you can describe people using terms belonging to five different groups: Extraversion, Agreeableness, Conscientiousness, Neuroticism and Openness. The test is designed to measure these five personality factors or “dimensions.” In this article, we will discuss how and what the Big 5 Personality Test is good for as well as the pros and cons of taking it.

Researchers have studied personality theories for the greater part of this century. The theories have suggested everything from 4000 varieties of traits to Hans Eysenck’s three-factor theory. Through refinement, researchers converged on the five-factor theory, also known as The Big Five Personality Traits.

The original five-factor model was proposed by Ernest Tupes and Raymond Christal in the early 1960’s. However, it did not reach widespread use Lewis Goldberg’s work in lexical hypothesis emerged. After Goldberg’s work, other researchers, such Cattell and Costa and McCrae, have used a similar research methodology of lexical hypothesis in and reached similar groupings. Each researcher may have different names for their traits however, they all converge to the same set of five themes.

Based on Science or Spirituality?

While many argue that the Big Five Personality test does not establish any scientific reasoning other than categorizing descriptions, research using the Big Five model has steadily grown. A recent study from 2011 confirms that the Big Five Personality model is fairly stable over the four-year period in your adult years; this means that if you were to take the test more than once over a four-year period, your results will more or less be the same. This, in itself, demonstrates some level of efficacy in using such terms to describe an individual. 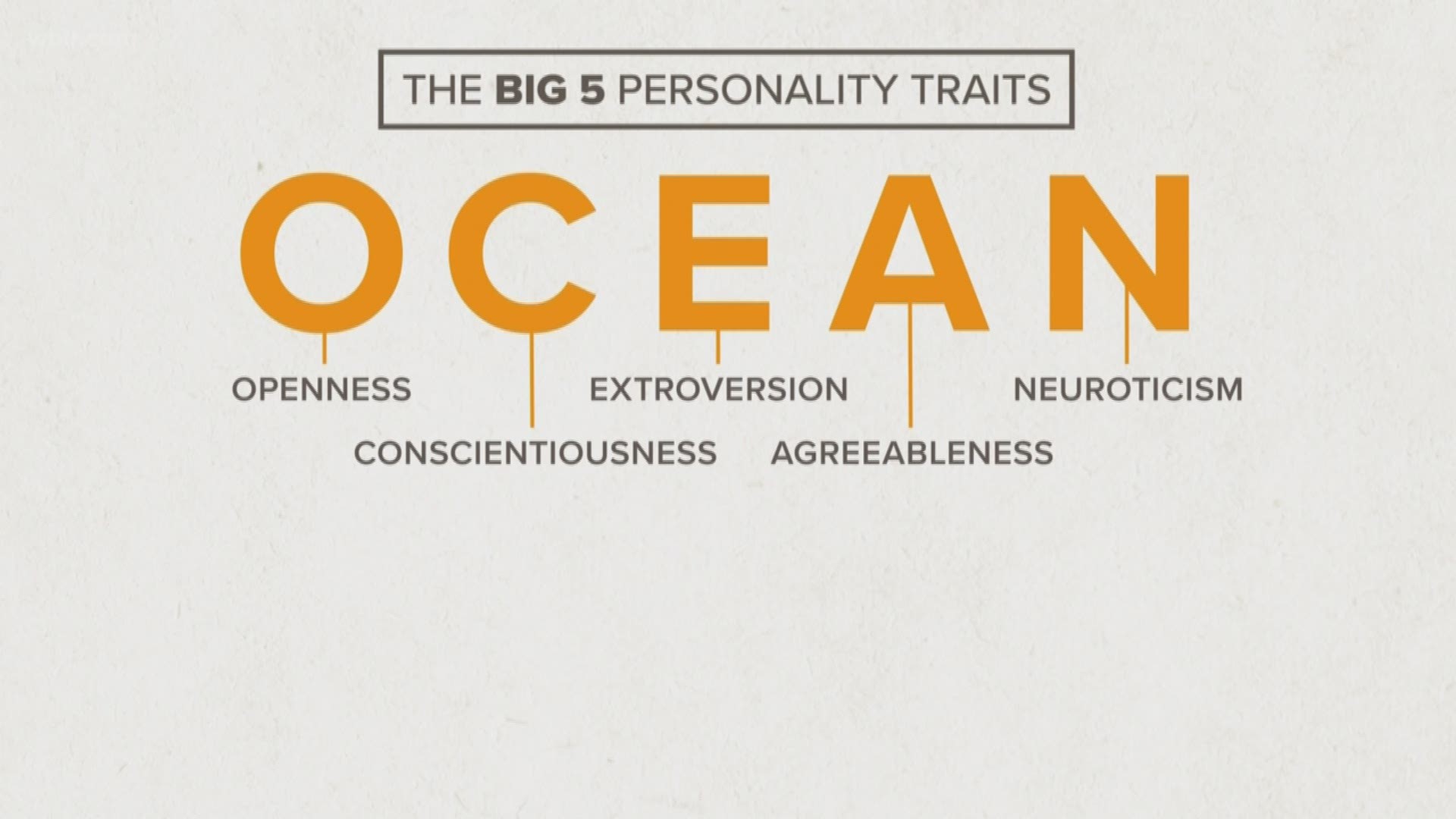 Each trait represents a spectrum for the trait. With each trait, an individual can either be high or low on the continuum. For example, there are those who are highly agreeable, and then there are those who are highly disagreeable. Another example is there are people who may score high on extraversion and individuals who may score low in this category (introverts). A person’s personality lies in where the combination of where they score high. Each person may score differently on each trait. For example, someone may be very agreeable but not very open.

Individuals who are conscientious tend to be very thoughtful and intentional. With that, they are goal-driven and are organized. Friends and family of a conscientious person would describe them as reliable.

Agreeable individuals tend to hold attributes of trust and kindness. They are cooperative and are very helpful. They are usually caring and honest individuals. As a result, friends and family of agreeable people will often reach out for support. If you are an agreeable individual, be sure to set boundaries to balance your own needs with others.

Individuals who score high on neuroticism tend to be highly stressed and moody. They are irritable and can even be anxious, making it difficult for them to remain calm in difficult situations. While this may seem negative, neurotic individuals tend to be more introspective. This means they may have a deeper understanding of their own feelings and who they are.

Individuals who have openness as a trait-like to try new things. They explore and take on a broad range of interests and are very imaginative. They engage with others on a personal level because they are naturally curious about others.

One commonly known and discussed trait around personality is extraversion. Individuals who score high on extroversion, or extroverts, are highly sociable and talkative. They are very expressive with their emotions and may even seem assertive. They also recharge by being with friends. One drawback of an extroverted personality is you may have difficulty being alone.

How are traits measured?

To measure personality traits, the test uses a survey called the Big Five Inventory. In this survey, you respond to a series of questions on a scale of 1 to 5 on whether you agree or disagree with something. Each response correlates back to the spectrum of a trait.

The Big Five personality test can be used for a variety of things such as career choice, work effectiveness and team building. Many prefer this over other tests because it provides an accurate evaluation of the individual’s character. Additionally, the test can help individuals gain a level of self-awareness, which is important for developing their leadership skills. For those around you, having an understanding of your personality can enable them to engage with you in the ways you would like. As a result, your relationships with your friends and family will be healthier and more productive relationships.

One of the greatest advantages of any personality test is it provides a basis for an individual to understand themselves. By categorizing behaviours into a term, one can reflect and explore how they adhere to those definitions.

One of the disadvantages of any personality test is that these are self-reported surveys. This requires that an individual has the level of self-awareness to answer these questions accurately.

Another criticism of the Big Five Personality Traits is that the categories are too broad and absolute to provide any real insight. Humans are reactive creatures that change depending on the scenario. For example, you may be open in situations where you are with close friends, and less open in foreign situations. Gaslighting: Definition and Examples that happen in everyday life
In Resources